In the 90s, after having worked for many years as a jeweler and a goldsmith, Thierry Pelletier naturally gravitated towards sculpting.

In the years 1994-1995 he first exhibits his sculptures at Prince de Polignac's Castle on the Riviera in good company with great contemporaries such as Arman, Cesar, Folon and Saint-Phalle.

Thierry Pelletier has participated in various parisian salons, such as the "salon d'automne", and the"salon du collectionneur" (Collector's Fair); He has worked with several galleries in Paris and the french riviera, such as Gismondi, Helenbeck, Les Ambassades, Art Symbol, and gollong Gallery, where he held his first personnal exhibit in 2002. Agora Gallery in New York is his Americain representative.

Pelletier's preferred material is bronze sheet that he hammers, then assembles with an electric welding torch. Carving marble and stone is an equally important part of his work. 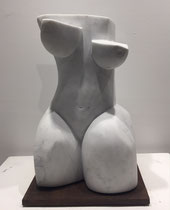 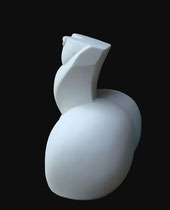 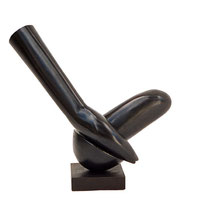