Born in Nice in October 1986, he grew up between his father's brushes, who was himself a painter, and his skateboard on which he rambles through the streets and squares of the City. Inspired by artists like Mark Gonzales, Dave Kinsey or else Jean Michel Basquiat and Keith Haring, he improves his pencil line and his style according to his trips with his skate sponsors and the people he meets. He devotes most of his time to his art which he performs on canvas, but also on a whole range of objects customized, and more recently on skateboards he recycles.


Bet this young artist will go far and that he will soon be a member of the bigest collections.
Nils Inne is officially supported by the brand: Obey. 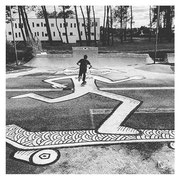 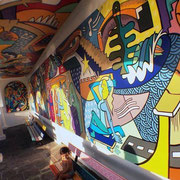 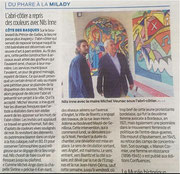