So FU is born in Paris in 1961,from a french mother, and an african father.
He spent his first 10 years in France, then, goes with his parents to West Africa and gets a personal rough decade due to the cultural crash punctuated by regular return to France.

He is enrolled in a boarding-school in Ivory Coast for 5 long years, then he goes back to France to continue higher cursus education at school of Communication and school of Arts.

In Africa, for fifteen years, he manages Art Creation, photography’s and illustrations for clients.

Meanwhile, he begins painting and exhibiting his work in various areas in Abidjan, Lagos, Cotonou, Lomé.

During, political putsch and latent civil war in Ivory Coast during years, the gallery which permanently exposed his stuff and his own Art studio will be destroyed (with all the paintings).
So, he goes out from Ivory Coast to settle in France.

During many years, due to that trauma in Africa, he is unable to take again brushes and paint. He has a deep reflexion about creation artistic acts, its meaning and its purpose.

This reflexion shapes his new painting style and themes in his "second life" ...

He produces a modern painting with always an underlying classicism.
Also very inspired by music and urban art, he does his paintings as graffiti on a wall, as a piece of Hip Hop, fast, responsive and instinctive. 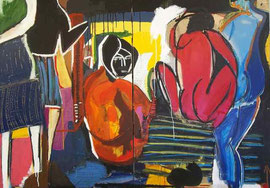 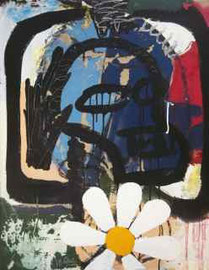 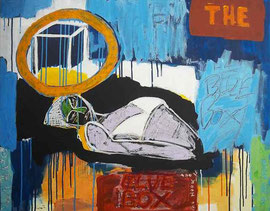 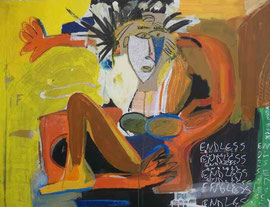 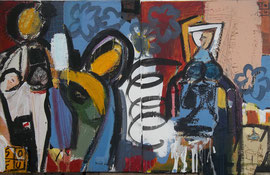 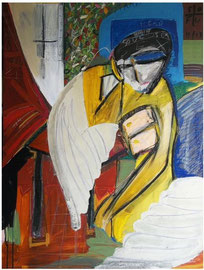 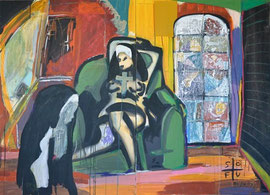