Born in Morocco, land of Arabian Nights, growing up in Paris, the city of light, Erick Ifergan has always loved to dream. Dreams have enriched his passions-- art, photography, literature, and, above all, film making. Morocco is one of the last surviving examples of a civilization of the ancient world. One finds here the aspects of mankind that are eternal and a plethora of visuals which subconsciously (or not) led to Ifergan's talent of sketching cinematic poems. Living is Paris is, as Hemingway said, a moveable feast. Architecture, food, nightclubs, intellectuals, fashion. Paris has it all, at its best and in your face, as it has been for centuries. Years on the Rive´ Gauche, taking photos of stunning women, crazed musicians or the infamous led Erick to realize his true wish was to travel the globe making films. Rich, surreal, emotional films. Directing music videos, commercials, and most recently feature films, Erick dreams in color. His campaigns for Dior,Sony playstation, Delta, Audi and many many more have won awards in Europe, Canada and the United States. Music videos as well, for such stars as Rod Stewart, Tori Amos and Isaac Hayes have been admired by the world, with awards to prove it. Erick formed his satellite company, Serial Dreamer, as a creative think tank. A fertile place where he and his collaborators can brain storm artistically with nuts and bolts production happening simultaneously. Making films is what Erick does, and he does it so well… all around the world. When he isn't making a film, he is dreaming about the next one, or perhaps the next one after that. Johnny 316 is Erick's first full-length feature, which he filmed on location on Hollywood Boulevard. Inspired by Oscar Wilde's play Salome, the film is a modern tragic love story--the first part of a mythical trilogy. Seven Angels is his new film just finished post production. As he calls it a « spiritual road movie travelling inside the mind of an artist » In the last decade Erick has focused on his art projects. Painting, sculpture, video installations, design are his new playground. Multimedia installations like the one at the Cosmo Foundation in Hamburg or The Chapel at the Chateau St matin in Vence making him one of the only living artist to have is Chapel in the south of France. His giant sculptures can be seen next to Bernard Venet and Manolo Valdès at hotel Eden Roc in Antibes. Show plates and art film in Bordeaux for Bernard Magrez foundation, frescos for the Qatar royal family… the list is long. Twentieth Century Gallery in LA is representing him in the US territory. A quote attributed to Buddha is, "When one sees that everything exists as an illusion, one can live in a higher sphere than ordinary man.” Erick Ifergan has that gifted vision. When you watch a film or an art piece that he has dreamt, then finely crafted, he shares that vision with you. A serial dreamer, indeed. 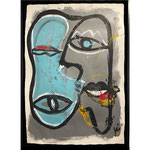 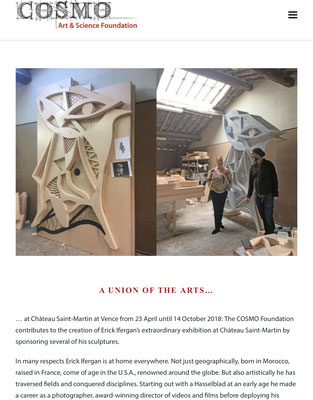 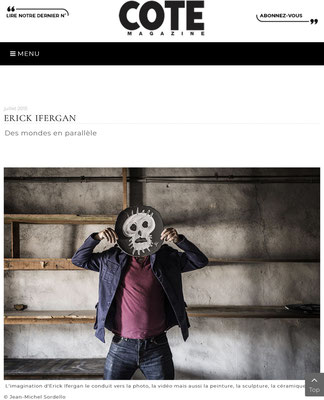 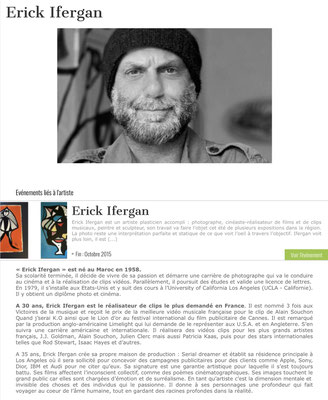 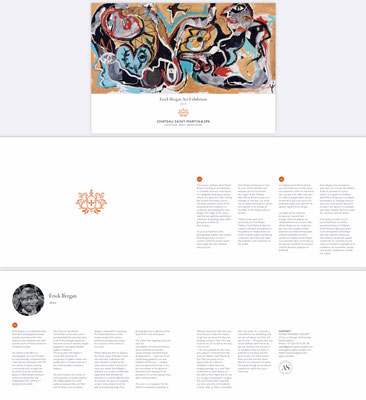